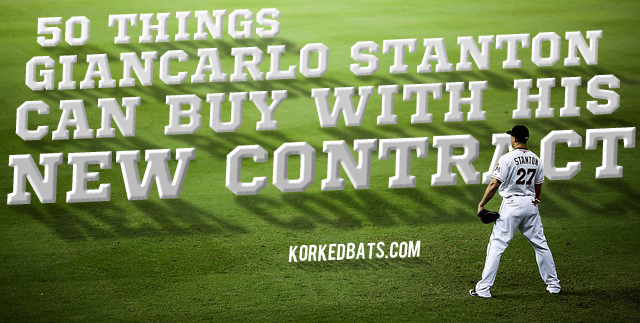 We compiled a list of fifty (50) different things Giancarlo could buy with $325 million.