Skip to content
All Sports
September 10, 2009 Austin
Let’s be honest.

We’re not going to be.

But remember the days when we thought we would be?

Those were the days of NERF. 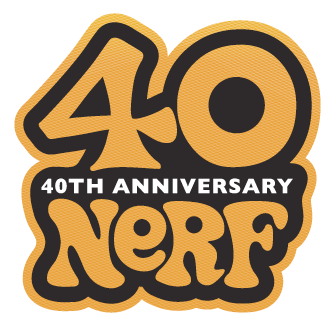 Today, NERF turns 40 years old. Let’s be honest, NERF was the first sports ball we ever owned. And if it wasn’t, then you’re probably Amish.

They’re soft, squishy, and don’t hurt. Unless you’re a panzy.

NERF has been goin’ strong for FORTY years now!

Which is no surprise when you see what they have come out with in the past, say 8-10 years?

I think it’s safe to say that in a NERF gun fight, our childhood would get rocked against the childhoods of today. Their NERF artillery technology is unfathomable.

It would be like Rambo vs. Matthew Lesko.
Kids these days have rapid fire automatic machine NERF guns with a tripod, scope, and detachable backup handguns. In fact, if I’m not mistaken, they have made a NERF gun that shoots real bullets!
Better wear your helmet and safety goggles, kids!

For NERF’s 40th Anniversary, we here at Korked Bats wanted to help carry on the wonderful brand name by offering a list of toys that we think would make it in the NERF family of toys. These toys, if developed, could help to keep the brand going strong. So here they are… 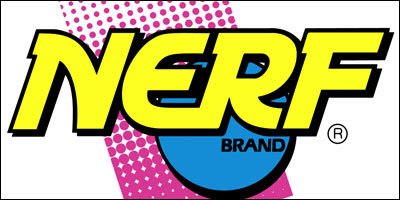 The Top 5 NERF Toys
That SHOULD Be Made

It’s a NERF spin on the spear throwing Olympic sport.

The NERFy Brown
A NERF gun specifically designed to fire at friends while they are taking (for lack of a better term,) a dump. Once the NERF bullets hit the target they release a fragrance as beautiful as a country mountain side.
The NERF Taser
“DON’T NERF ME BRO!”
The FREN Ball
It’s a NERF Ball for Dyslexic Kids.