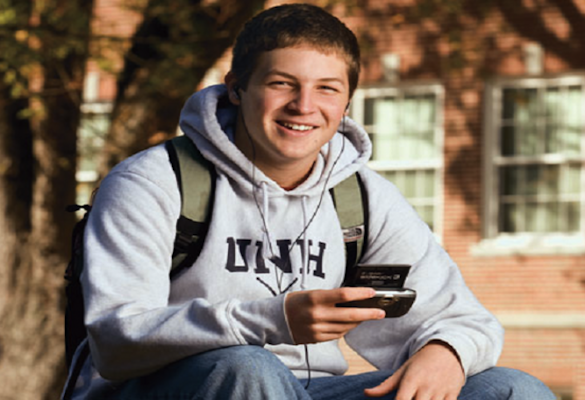 The third weekend of college football always ends with less dead freshman than the first two.

During the third weekend, parents, faculty and staff are finally able to just sit back, relax and enjoy the festivities. The weekend becomes more about your team winning and less about getting a phone call letting you know that your son died in an attempt to “drink all the beer in the entire gas station.”

With the first two weekends of college and tailgating behind them, college freshman and campus law enforcement alike finally begin to settle into their groove for the fall semester.

One such incident occurred during his school’s home opener. According to Officer Collins, a freshman by the name of Derick Chanling had recently pledged one of the campus’ most notorious party fraternities. With this particular house, one of their game day traditions is to make pledges drink a case of beer and then see which of them can roll a giant rock up their back yard hill the most.

Chanling was on his last trip up the hill, the trip that would beat the current house record, when all of the sudden he slipped, lost his footing and then got shot by a fellow pledge who had accidentally fired off the house shotgun. He died immediately.

“That’s not an easy phone call to make.” said Collins. “Niether of ’em really. Not the one to tell the parents their son is dead, or the one telling the other parents their son’s going to jail for murder… not the kind of calls you get an iPhone for.”

In addition to backyard frat house incidents, officer Collins assured us of an unusual amount of “big-time partying” during the first two weekends, where both freshman and returning students flood the streets and game day parking lots in a state of drunken madness.

According to Collins, it’s often the inexperience of the freshmen that ends up getting the best of them: “Unless they was some kind of big-time partyers in high school, they come out here and just can’t handle it, and unfortunately in this game, people play for keeps. A lot of freshman end up dead, or severely dehydrated… for various reasons.”

But this all begins to clear up during the third weekend. By now, all of the weak ones are dead, leaving the weekend madness up to those strong enough to survive it.

“I’ll tell you what, Darwin wasn’t just some creepy guy that liked birds after all.” said Collins, adding: “We here at MSUPD are never happy to see a student leave, especially in a body bag, but I’d be lyin’ if I said we ain’t glad to finally be able to enjoy a game day again.”

It’s the third weekend of college football. Sit back, relax and enjoy the games. All the ones that were gonna die, did.